The European Manifesto for Inclusive Learning final online meeting: learning from each other to rethink education and training.
The scientific team of the Interorthodox Centre, Mr. Sergios Voilas, Mr. Christos Nasios and Mrs. Kalliopi Mavragka, alongside with the ERASMUS+
Partners from Italy, Finland, Poland, The Netherlands, The United Kingdom and Germany, all gathered together virtually at the final online meeting of the ERASMUS PLUS KA2 project “The European Manifesto for inclusive learning”. There was an exchange of good practices and new data emerged now with the appearance of covid -19 and the worldwide pandemic. 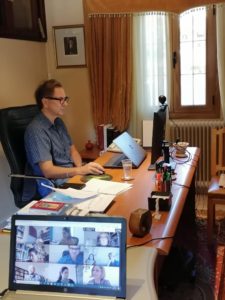 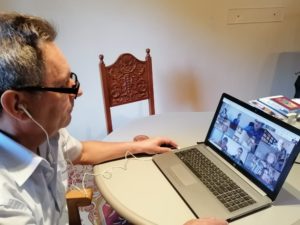 His Eminence Metropolitan Ioannis of Thermopylae, Director of the
Interorthodox Centre of the Church of Greece, participated on 10th and
11th September 2020 to the virtual General Assembly of OIKOSNET Europe
(“Ecumenical Association of Academies and Laity Centres in Europe”).

The first day, on September 10, it was a study day for the participants
under the theme: “Climate Change and the European Green Deal – The Role
of Oikosnet Europe”.

The second day, on September 11, had the form of a Business Meeting with
important issues on the agenda, such as elections and the future of
Oikosnet Europe. Walter Lüssi was reelected unanimously as President of
Oikosnet and Katerina Karkala as a new member of the Board.